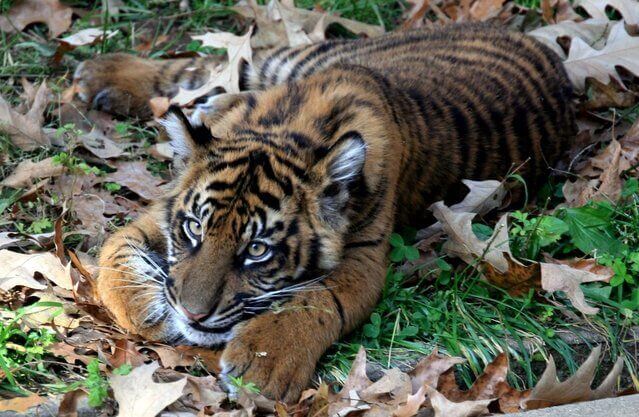 There was once a cook who served soup. One day, he decided to create a new dish to spice up his restaurant. He heard rumors that adding the intestine of a "gay baby tiger" would bring good luck to his customers, so the cook decided to head out in the jungle.

But no matter how hard he tried, he always failed to hunt tiger cubs. So he decided a better, alternative method to bring good luck to his customers. Instead of intestines, he added a square image of a baby tiger beside a dumpling soup, called the Gay Baby Tiger Dish.