When the Love Story is Sus

A student, as part of some game, is seen replacing three letters of the teacher's email address with 'sus' on the drawing board. The teacher circled it in response. Another student(?) then drew the body around the circle, which strongly resembles a certain character from the game Among us. This provided the students' side victory over the teacher. 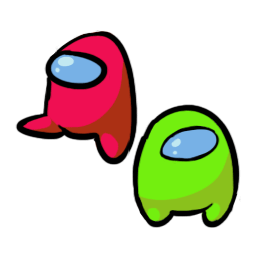 We then see the red and green characters from said game being drawn by children, and presented them as if they were their own original characters. These characters would later appear in various comics and books that are unsurprisingly drawn and written by a bunch of children. 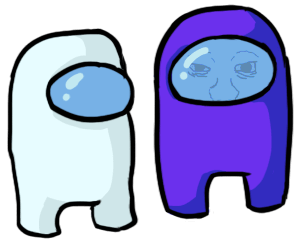 Each of the characters from Among us had names. The white one is named Δ잡 or whatever it's supposed to be. The purple one, on the other hand, is simply named Coomer. 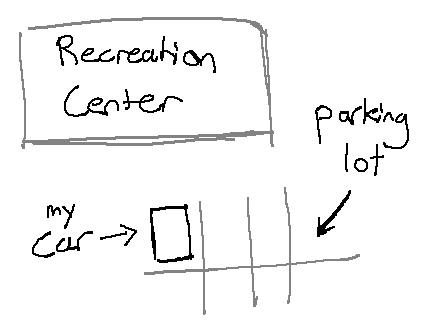 I was looking at one of the books inside the car when the vehicle parked at a recreation center. As I stopped reading the book, I left the car and started to explore the building. At one point, I walked into a hall when I saw a room with a couple arcade machines in it.

One of the arcade machines was a Sega game with an amusement park theme. The gameplay was similar to Super Smash Bros and Mario Party. The stage they were fighting on looked like a carousel combined with a ferris wheel.

The characters I remember being in the game were:

The final part of the dream was a comic about a lady helping a woman make and write a comic. She struggled to think of something to draw, so they decided to come up with suggestions together. In the process the woman learned how to draw hands. She then drew a close-up image of two people kissing. The lady asked "what had led them up to this moment?"

The woman replied "Oh, it's simple. It all started when a young, fair maiden discovered a pile of sugar cubes. They turned into a handsome man with a cracked egg for a head. The blue yolk then jumped out of her head and into a river with a waterfall beside it. Now with a cracked egg for a head as well, the fair maiden began to date with this man when the yolk, now large and angry, walked up to them and claimed to be the 'River of Despair'." The lady and the woman then looked at each other. "Wow," the lady said. "That's impressive."