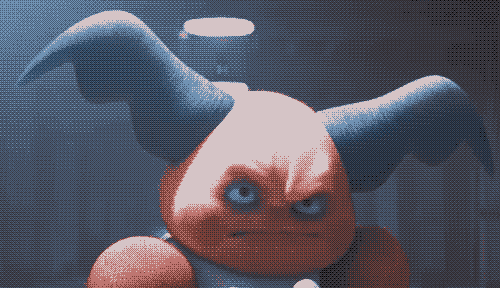 It looked exactly like a scene right out of the live action movie Detective Pikachu.

Mr. Mime was sitting in an outdoor patio alongside an assortment of pokemon, including an Octillery. A Gardevoir was singing on the stage.

Mr. Mime had just finished his cup of tea, and is starting to grow more impatient. He loudly ordered the Gardevoir to stop singing because it reminded him of a woman he killed, and then left.

I went to my home office and got on the computer. I used an internet browser that looked similar to Kristall. After some exploration, I came across a webpage with Mr. Mime pointing a knife at a sprite icon of Tympole. There was a timer below it.

You could easily tell this was not a normal Mr. Mime. He had a sadistic grin with semi-realistic human teeth and eyes that looked like those of Tails from the Hidden Histories series. Or maybe he had the same face as Omega Flowey from Undertale. They really look alike. 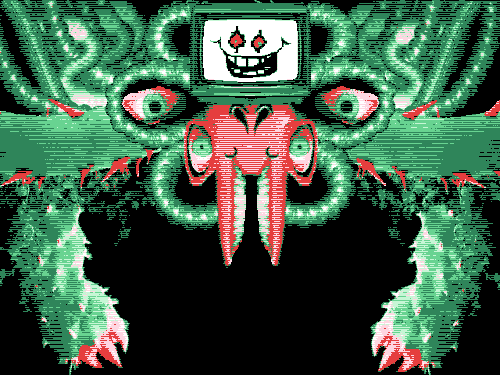 When there was one second left, I quickly left the page, and then went back to it.

All I saw was a blank white page.

Years earlier, there was a group of clowns who successfully convinced the world they weren't. Yet they tricked themselves into believing they can fool everyone forever.

That was when God came.

He punished the clowns for not just deception, but other sins as well. This included treachery, hypocrisy, stirring drama in online communities, and generally being a d*ck.

As a punishment, he turned the clowns into Mr. Mimes, to help their potential victims distinguish the difference between a clown and a person with perfectly normal and healthy beliefs.

The Mr. Mime in the dream happened to be one of these clowns. In a deleted scene of Detective Pikachu, it's already established through his body language that Mr. Mime had always been an asshole before being punished by God.

But being an asshole wasn't the only thing that made Mr. Mime into who he was today. The sin he commited back when he was a human was murdering a woman. He did not want to remember it because of the guilt it brought to him.

Then why should he be in jail rather than chilling in a patio with a bunch of random strangers? Either he had just got out of jail, or he hasn't been caught yet. Who knows?

After leaving the patio, he then enters a website with a Tympole on it. He seemingly threatens to stab it with a knife, because "it's more slippery and harder to kill 🤡🔪". This shows that Mr. Mime would use mind games in a hostage situation to mess with our minds. The timer serves to enforce Mr. Mime's threat, and implies that something bad will happen if the timer runs out.

And about the blank page? It turns out the Tympole's life wasn't really at stake, but Mr. Mime was actually following up his threat to delete the entire webpage! This shows that Mr. Mime has no remorse in "killing" non-living things, and tries to satisfy his bloodlust in a so-called "safe" and "healthy" way. 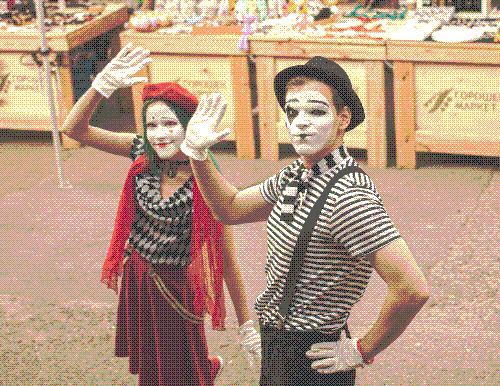 When you wake up from a dream, do you try to remember the details of the dream, only for your own thoughts to fill up the gaps? This is one of those times.

The Mr. Mimes who were once figurative clowns until they were punished by God are known as 'Cursed Mimes'. A Cursed Mime looks like a normal Mr. Mime, but with a few differences:

The colour pallette of a Cursed Mime depend on what forum or social media site they frequent the most. For example, if you get involved in Reddit a lot you're mostly red and white, but if you use Twitter instead you're mostly light blue.

It doesn't have to be all Mr. Mimes, though. In your story God would turn them into vampires, werewolves, or whatever you want. But for now, we're sticking with what you get in return when you sell an Abra to some random guy near a cave in Kanto. 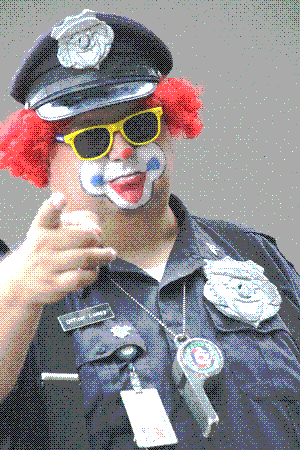 When a clown becomes a Cursed Mime, they enter the first stage called God's Punishment. In this state, the figurative clown (not the literal one, remember that) goes through its life as usual, blissfully aware that they have already turned into a Cursed Mime. Only people with superpowers and babies can see a Cursed Mime in its true form, also known as the Mark of the Mime.

Some call it a curse, while others call it a blessing. But whatever it is, it can be lifted once a Cursed Mime comes to acknowledge that it was a clown the whole time, and accept the fact that They Are Not Innocent. 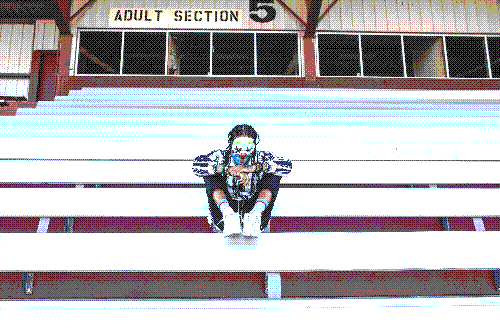 Once God's Punishment has been lifted, they move on to the next stage: the God's Burden. In this stage, a Cursed Mime continues their life as usual. But the only noticable difference is that they know that They Are Not Innocent, and everyone, including the clown, can see their true form.

The weight of their sins may be heavy, but as a result they're stronger than they were before. When they realize that their clownery has done more harm than good and decide to seek a better alternative, they become more open-minded and smarter... 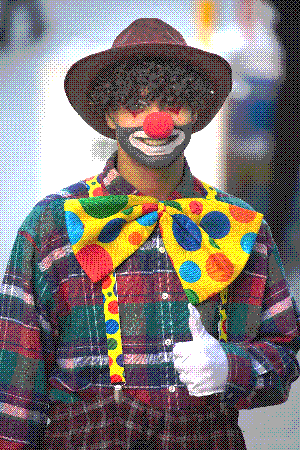 Once a Cursed Mime frees itself from the weight of its sins and focuses on self-improvement, the remaining half of their curse gets lifted. All they have left is the Mark of the Mime, which was always there since they became a Cursed Mime. No matter how fast you run away from it, it will always be part of you. Just as God intended, it serves as a reminder of the clown lives they've left behind, and how far they've come as a result of it.

But they would soon realize that it's only the beginning. Using the power of this Mark, the Cursed Mime gets to choose to turn into one of their options as a reward for their efforts towards the path of self-improvement:

The Cursed Mime can either remain a Mr. Mime, or turn into a Mime Jr. or a Mr. Rime.

It is also possible to turn into a combination of two or more pokemon, as long as at least one of them is a member of the Mr. Mime evolution line or either of these Pokemon:

If they wish to become a completely different pokemon, it would get an additional ability that can either be "Soundproof", "Filter", or "Technician".

The Cursed Mime can turn into any literal clown of its choosing. It can also freely shapeshift into anything. When it reaches godhood, it can bend reality to its will.

It is entirely possible for a Cursed Mime to become a Low Poly Clown. While they are not as powerful or quick as Supernatural Clowns, they are some of the most friendly clowns you can encounter. Their acrobatics and shapeshifting antics are a sight to behold.

The Cursed Mime turns back into a human, but thankfully for humanity, not the same person they were before. They then start a new chapter of their life. While they are not longer the Cursed Mime, their Mark is still there, be it a tattoo or an Energy Crystal in their body... 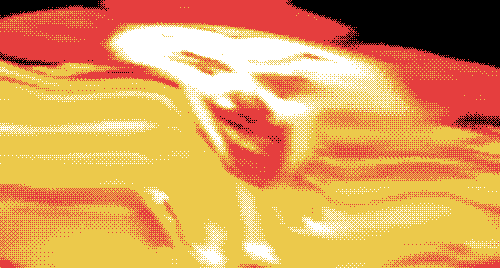 And there you have it. What started off as a simple dream about a Mr. Mime being a jerk to everyone had turned into the deep, ficticious lore of clowns cursed by God himself thanks to my hyperactive imagination filling in the blanks. It would not surpise anyone if that God turned out to be Arceus itself...