The Rabbit and the Lobster 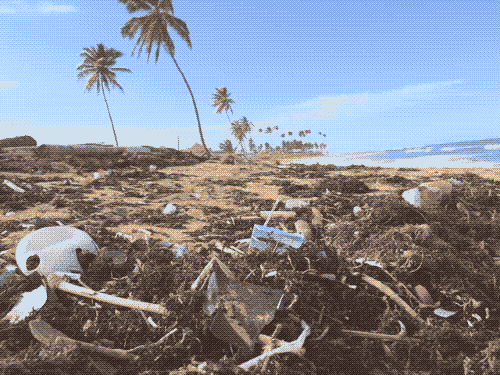 The Trix rabbit and the lobster had an issue with the seagulls and crabs occupying their beach, so they decided to litter it with wires and fishnet bermuda shorts to stop them in their tracks.

Then the foxes and hares arrived at the beach. They passed through the wires and bermuda shorts much to the rabbit and the lobster's dismay, so they scattered the beach with green hoops and garbage so they would get tangled in them.

A man showed up and told the two to stop littering the beach. He warned them of the environmental hazards of littering.

So the man, the rabbit and the lobster cleaned up the beach free of litter. They also freed the crabs, the seagulls, the foxes, and the hares from being tangled from the litter.

The two apologized to the man for their misconduct and thanked them for their lesson before they parted ways with him.