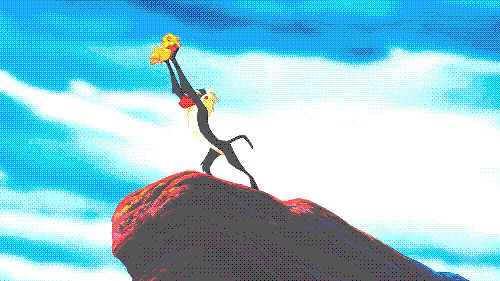 A giraffe, who resembles Melman from Madagascar, sleeps on a hammock made out of acorns.

When he wakes up, he finds himself in a village of acorn-collecting lemurs. They worship the "Chosen One" who happens to be actually a lion cub who is skilled in acorn-collecting and dancing.

During his stay, the giraffe discovers a man talking on the phone. He is talking about his plans to exploit the lemurs for acorns and money. Hearing this, the giraffe becomes very alarmed.

Later on it turns out the giraffe was sent from Mars by his elders (who happen to be firey pink-ish giraffes) to protect the lion cub, which probably made things more wierder than it should be.