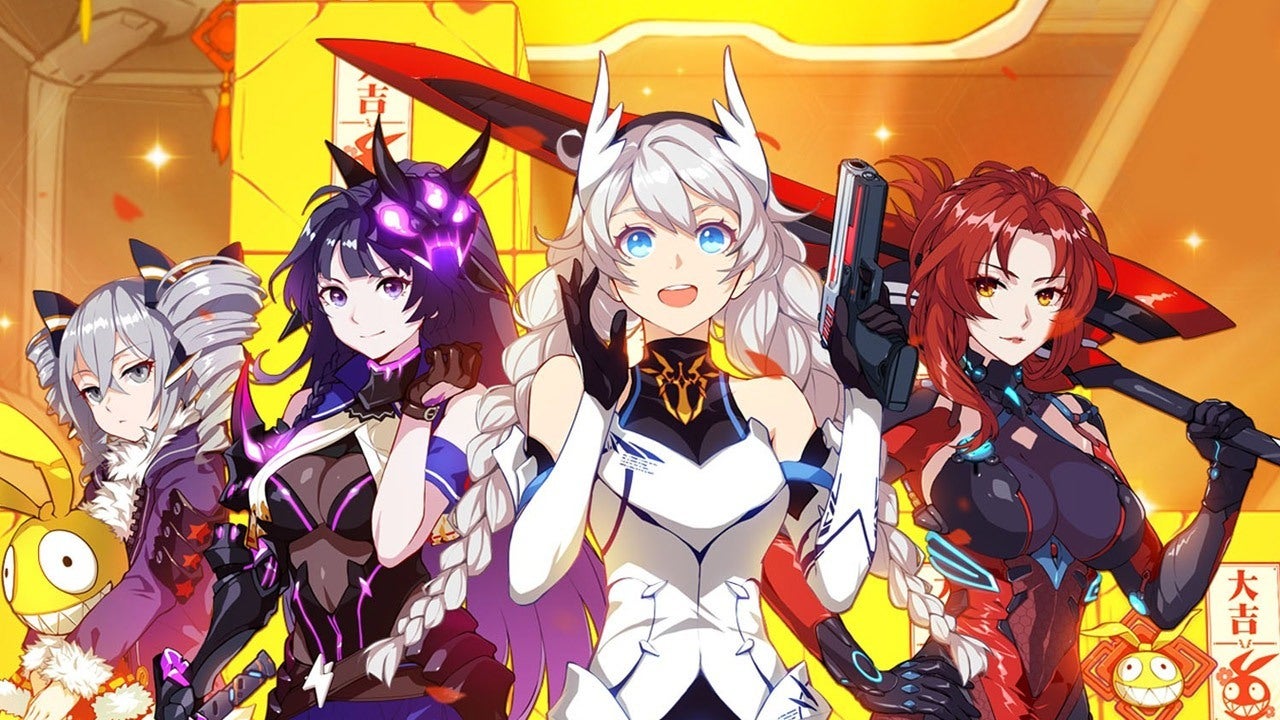 This mobile game is developed by MiHoYo, and I have started playing it back in 2018.

It takes place in a world that is constantly threatened by forces known as the "Honkai", which seeks the destruction of human civilization ever since its birth. The worlds only hope is the "Valkyres", those who fight the Honkai to protect their world, no matter the cost. Occasionally one of the humans gets turned into a "Herrisher" (aka God Bringer), which gives them immense powers and the drive to go around wrecking things. The story involves Kiana Kaslana, an airheaded girl attending a Valkyre academy who happens to have the ghost of her Herrisher aunt inside of her, which would play an important role in the plot. Her friends are the blade-wielding Mei Raiden and the Stand user Bronya Zaychik. Kiana would go through several adventures, such as facing off an actual Herrisher, infliltrating a base, reuniting with her mother in a digital simulation, and ultimately becoming a vessel of her dead aunt.

Yes, I know. The story can be very complicated.

Thankfully, the controls of the game are quite the opposite of that. The attack button can be used for combos, the evade button is useful for your survival, and the ultimate and switch buttons are easily accessable. Which is a good thing, as you need to keep yourself on your toes as you fight against waves of enemies and bosses.

Overall, I enjoy playing this game. If there is something I'd like to talk about that has to do with this high-quality Chinese RWBY bootleg, I'll put it here.